We’re here for all of your Repair & Maintenance needs.

MORE THAN 50 YEARS OF EXPERIENCE

The story of Town Center Automotive began over 30 years ago. With focus on customer service and the same Quality Repair for general auto service. Assembling the best repair crew in Portland, OR, Town Center Automotive Repair was created and built with a goal of being a One Stop Shop for all of your Automotive Repair Needs. The philosophy from the beginning has been simple. Put customers first no matter what. Whether you call, visit or contact us online – you’ll love the way we treat you. We’re here for all of your Repair & Maintenance needs. 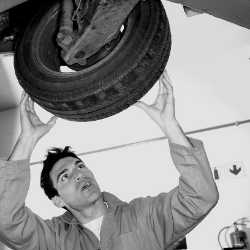 What It Means To Be A Veteran Owned Business

The Veteran Owned Business Project is a network of businesses owned by veterans. As one of 37,000+ other veteran owned businesses, we are proud members of this network and continue to support other veteran business owners.

What Is My Why?

Why we go above and beyond for our customers. 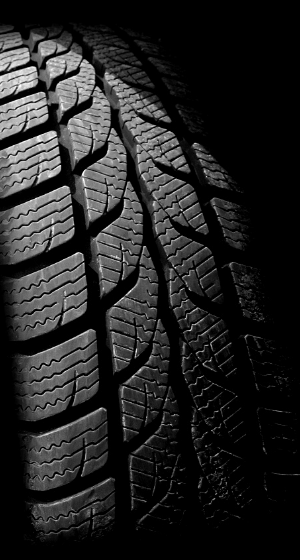 That was a question I was asked the other day... Why do we have a shop, and why do I do what I do?

I sat there and realized right away why. But I never told anyone about it. I've always wanted to own a successful shop. Heather and I bought Town Center Automotive, and I recently realized I never told her. Owning a business together was simply something we both desired.

My grandfather died shortly after I returned from Iraq (2003-2005) to give some family history. My grandmother was left to take care of everything in her household. One thing she had to do was take their car in for an oil change. So, one day while I was in town, I quickly double-checked the fluids and belts to ensure her safety.

She called me about a week later, upset. She'd taken her car to one of those fast lube places. Helen (Grandmother) went to the quick lube. They stated that she was in desperate need of an oil change and repairs. Their sales pitch made her squander $1400 on items she didn't require. They took advantage of a woman whose husband had recently died. You can probably guess what happened by now.

I contacted them and asked if they could provide me with more information about those charges. I informed them that I had already inspected the vehicle and that the car only required an oil change. They claimed that they make money by upselling every vehicle. They hung up on me after dismissing my conversation.

I'm sure we've all had a bad experience at a store. This is my personal reason. I want to ensure that every item we present to our customers is the same item we would offer to someone's grandmother. If they require the service or repairs for safety and maintenance, I entirely favor it. And if it doesn't, we want to assist them in developing a game plan to provide a good service schedule to keep them safe.

A few years later, I was working in a fleet shop and enjoying what I was doing. Except that the shop had poor benefits, it was ok to work there because the job was a lot of fun. Then one day, we received a new manager. The shop was very sour, and all of us were treated like objects, which I could tolerate. Then the boss we had became aggressive and angry almost every day at something simple.

That is when I decided to become the owner of another shop. As a manager or owner, I realized that I would want to give to our employees first. I told myself that the employees would come first if I had the money to do it. This would allow the employees to have fun and be working at a great place, and we would take care of the customers' vehicles. And our customers would be happy to pay the bill, as well, and they enjoyed what we try to do every day. That is what Heather and I try to accomplish every day.

Our Mission and staff

Rely On Qualified Technicians To Take Care Of Your Car

At Town Center Automotive, we take pride in our work. That’s why we are members of AAA and the Better Business Bureau, and all our technicians are certified at the highest level through NAPA and ASE.  This may not be true at other auto repair shops in Milwaukie, Clackamas or Happy Valley.

Town Center Automotive is an auto repair shop that is here to serve anyone in the Portland community. Call us to schedule your appointment or to learn more about how we can assist you today.

When you visit Town Center Automotive, our certified technicians start with a complimentary 20-point inspection and free road test. From there, they can perform a complete computer diagnostic or a full safety analysis, troubleshoot and repair driveability problems such as pulling, knocking, or turning issues, and provide routine preventive care such as tune-ups and oil changes.  Town Center are also pickup truck, light and heavy duty truck specialists.

We know your vehicle is an important part of your life, so we work to prevent or repair problems quickly and keep you on the road. We have been in the auto repair business for over 30 years, starting out as TC Transmission in Milwaukie, and expanding to include comprehensive vehicle services at a state-of-the-art facility in Happy Valley named Town Center Automotive.